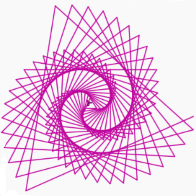 So how to start, returning after a long absence, whose done that? I mean we've all had time off, holidays and fluey lurginess (we're not Wolverine after all!).And we've all had the work dreads about going back to work after a few weeks luxuriating in the sun, or rain if holidaying in England. What I'm talking about is returning after a long sickness absence. I started back a month ago after having several months off due to depression.

Since first being diagnosed as a depressive I've only ever told those in my management stream about it, I've always shied away from telling my co-workers. Why I never told my colleagues about my illness I'm not entirely sure, I mean I've worked with some amazing people who have been supportive even though not knowing. I suppose that it may be due to the stigmata about mental health issues; though they have become more acknowledged by society I, like many my age, was a child of the 70's and 80's. That was a time when acknowledging that you had any mental health, even physical health, issues was not the done thing, these things had to be brushed aside and everything was fine; so it is possible that those views unconsciously coloured my approach to dealing with my depression, I could admit it to myself and (eventually) my wife and to my management line but felt the need to keep it from others because I felt ashamed of suffering from depression. Ashamed of suffering from depression, and there is the voice of the 70's and 80's raising its ugly biased head; I mean 'Joey' was used as an insult in the 80's after author Joseph Deacon, who was born with cerebral palsy, was featured on Blue Peter during International Year of the Disabled as an exemplar of what can be achieved despite severe disabilities. Seriously, look it up, the 80's weren't all George Michael and Eurhythmics.

But I digress, which I seem to do when confronting thoughts and feelings on my depression. Let me describe how this bout of depression felt at its darkest. I was lost, that everything I wanted was just out of reach, I could see it but not get to it and so I was letting everyone down. I was unable to communicate how I was feeling because I was ashamed and if I admitted that I was struggling then I would be lost, that by admitting there was a problem would make that problem real. The kicker is that by not admitting there was a problem I was actually letting everyone done, especially myself. But I was lucky, lucky in that my lead chased me out of concern for my wellbeing, not because I wasn't getting work done but out of worry (now that's leadership!). This forced me to face how I was feeling, and in confronting this I had to face the knowledge that if it was not for how my wife would be affected I may have physically harmed myself to avoid facing these feelings, go figure. Looking back I see that I was in a very dark place, where I am at the moment may not be sunshine and rainbows but my current shades of grey (not those shades, get your mind out of the gutter) are a far better place to be. I have to acknowledge that I wouldn't be in the grey place (seriously, you gutter mind) if not for the support from my lead and managers, the counselling service provided by my GP as well as the regular contact from the head of staff counselling at my Trust, and my wife is pivotal to this improvement, she's my rock so no pressure!

I'm getting better at talking about it now though. I've spoken to some former work colleagues since returning and for the first time I've been open about my depression with someone not in my immediate family or work stream, in an open plan office no less though, admittedly, the first time I did murmur it and allude to depression but the last couple I was quite candid. And let me tell you that it was quite liberating, I'm not going to stand on my [hot] desk and shout out that I suffer from depression but I'm not going to hide it away anymore. Though I do (almost) feel sorry for them when I open up about it, it's like a big cathartic floodgate has been released up on them!

For me, returning after a long absence, the hardest thing was overcoming the thoughts that I wasn't ready, that I would end up regressing and then letting everyone down. But this wasn't a known factor, and if I let it then my anxiety would keep saying that and I'd never leave the house again. Turns out that I'm not 100% fit, but I'm working on it and I'll get closer whilst working. I've had niggles, but most importantly I've had high points; I've had days where I've left feeling happy with my day, something I'd forgotten I could do! I've come to the understanding that I may not get rid of my depression, I may not understand why either and I'm ok with that. So long as I understand and watch for resurgences of depression, I know that reads counter intuitively, then I can direct how I respond. I won't ignore it and I can't control it, but I can control how I respond to it.

So it turns out that this blog is not about returning after all, as my fingers have hit the keys on my laptop I have come to realise that it's a way of owning my depression. So now I really should tie this into something relevant for the Forum, so here goes. Listen to my older (probably) voice of experience, if you are not feeling great about something or you are feeling as if everything is getting on top you talk about it. Let me say that the most important person to admit these feelings to is not your manager or even your spouse, but yourself. If you don't accept that there is something bothering you than you run the risk of letting it getting out of control. It may be a small thing at first, but small things do grow. If someone asks you if you're ok then don't stiffen that upper lip if you're not, let that bottom lip tremble should it want to. And always remember that you are not alone. Speaking of not being alone, if you are concerned about a work colleague, or even a friend or family member, then take them for a coffee (somewhere quiet, no one wants an audience) and ask them if they're ok and, if need be, ask them again. Share with them why you're asking, this may give them the opportunity to open up or, like me, they may not even be aware that they are struggling. If nothing else it lets them know that they are not on their own and people do care about them.

We are currently living through 'interesting times', no one asked for them but we have to survive through these trials and you health professionals are the tip of the spear. So if what I've written helps even one person, now or in the future, then I think that they are relevant words if a trifle self-indulgent.