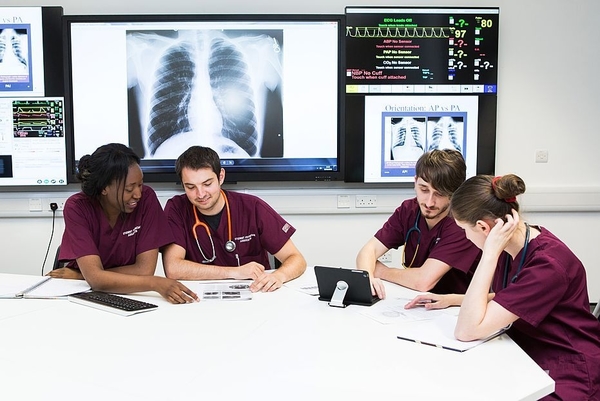 So what's this all about?

I've been asked to look after this website so I'm claiming first privileges, FIRST!
But let me actually start by saying that I'm not a Physician Associate, in fact I didn't even know that they, well that is to say you, existed until a few years ago. Now I've had the pleasure of working with a variety of medical professionals over the past decade and I've seen some promising young medics grow into promising junior doctors, but my ignorance of the role of PAs just goes to show lack of general awareness of the 'non-traditional' roles within the NHS. I mean everyone knows what a doctor or nurse does, have heard of physiotherapists (even if it's only through sport), a good chance of having had blood taken by a phlebotomist, possibly x-rayed by a radiologist and spoken to a pharmacist when collecting a prescription, all of which are just a few of the myriad of roles within todays NHS. In fact before ending my last role I explained to a couple of consultants just what Physician Associates are.

That isn't to say the role of Physician Associate is less important than any others, the modern NHS is an entity which needs to be viewed with a holistic vision. In fact I would go as far as to say all roles are as important as any other; after all without a solid administration base in place appointments wouldn't get made, without dedicated domestic service inpatients wouldn't be fed or clinical areas kept within a usable state. The changing face of the NHS requires interaction spanning both macro and micro scales, within teams and across departments, from primary care to secondary care; and those of us who aren't in a clinical role, yes that does include me, have an 'enlightened self-interest' in ensuring that the NHS functions as well as we can, after all there is a good chance that either a loved one or ourselves will end up being treated at some point in our/their lives.

But I digress somewhat. This site is for Physician Associates, so what point am I trying to meander my way to? Well in essence it's how do we promote awareness of your role? This website and others like it are one step up a steep slope, but you'll only really come across them by actually looking for Physician Associates. It's the same with social media groups and feeds, you only really get what you search for, well without looking through several (dozen) pages of search returns. But not to put too fine a point in it, it's you. You are the best means for awareness to spread, you are the ambassadors for this new health profession, it's by your actions that people will become aware of the benefits of your role. Whether you are a qualified PA or just starting your studies, you need to be able to demonstrate the positive interactions that PA's have on both their patients and within their teams. So whilst it's not all about you, a good proportion of it is.